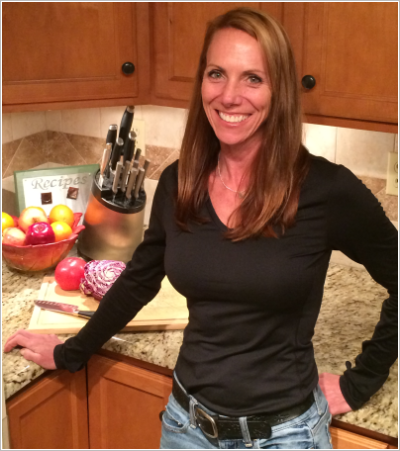 Knoxville Knife Sharpening was founded by Kim DeVaughn. Kim is a 30-year veteran floral designer and an avid cook. Both her occupation and hobby require sharp knives, and over the years Kim has tried many methods to keep her tools sharp... but none have really worked that well.

By happenstance in 2013, she attended a local gun & knife show where she found a knife sharpening booth and gave it a try. That's when she found the ultimate sharpening tool. After a few shows and sharpens, she decided to start her own business and Knoxville Knife Sharpening was born.

Knowing that knife sharpening has traditionally been a man's business, Kim decided from the start to make her business different by focusing on the needs of women, including: housewives, restaurant owners, floral designers, chefs, and any women-owned businesses that may need knife sharpening. Of course, Kim works with men also, as long as they don't mind her "pink" business motif.

While Kim's business is still in it's infancy with much catching up to do with industry veterans, her approach to knife sharpening is just as professional, but with one thing most knife sharpeners don't have--a woman's touch.

Knoxville Knife Sharpening is a family owned and operated business run out of her Knoxville home. Kim's values are rock solid, and she is extremely dependable. Best of all, Kim follows through with her word, which today, is rare. 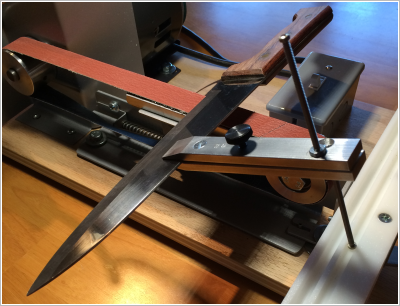 While using sharpening stones, round grinding wheels, and do-it-yourself machines are nice, we have found that the "Real Sharp" Three Belt Professional Sharpening System is by far the best.

The resulting edge is not only razor sharp, but the blade also retains it sharpness significantly longer than any edge produced on a round wheel system. Because your knives stay sharper longer with the "Real Sharp" system, you can greatly extend the useful life of your knives.